Stop Combating Me – Why I Am Against Euthanasia

Today is “Stop Combating Me” flashblog. We are not the enemy but the way legislation is written puts us in real danger. 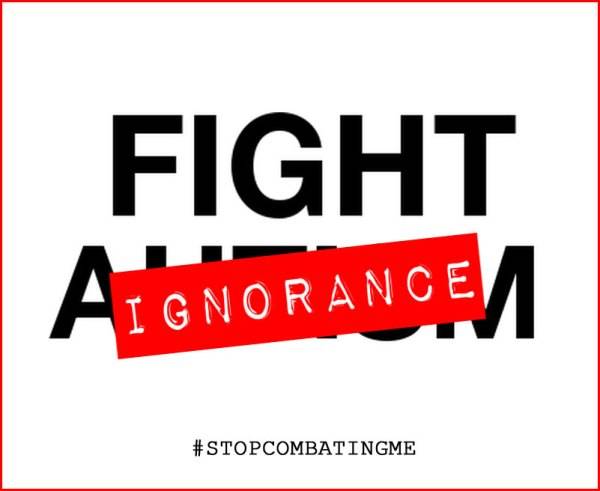 Because I, as a disabled person, am not safe from wrong assumptions, stigma and hatred.

Belgium passed legislation that allows children of any age to be euthanized. Supporters say there are safeguards and protections that guarantee that only terminally ill children, suffering unbearable pain, and with parental consent would be granted the death at the hands of doctors.

To me, there are not enough guarantees.

It is a slippery slope. The child will probably hear this from the family before she even understands what is at stake:

It is about the parent (family) before it is about the child. It is about manipulation (even not so conscious manipulation). Children are vulnerable and immature, naturally. Change the situation where a sex predator manipulates a child into saying the “relationship” is consensual, and the idea of a child making such important decision would not be accepted as informed and mature.

The euthanasia slippery slope gets even more dangerous. It gets dangerous for people like me.

Disabled lives are not valued. When we are murdered, it is called “mercy” killing. In my country, there is legislation that calls for a national effort to “combat” me.

The Combating Autism Act is the result of lobbying from groups that never listen to Autistics, that call me a tragic destroyer of marriages, that affirm I suffer and am in pain, that say I will bankrupt the economy.

See why I fear euthanasia?

This specific legislation from Belgium allows euthanasia of a suffering child, with a terminal disease, who is in constant pain.

Autism is not an illness, but it is for life. So, yes we are going to die Autistic. Not from autism, but this detail seems to conveniently scape some people and organizations.

The Combating Autism Act treats autism as an illness and the legislation supporters say we are suffering and in pain. The Autistic child in America becomes the terminally ill and suffering child from Belgium.

Many of us cannot speak or lack a reliable method of communication, or a method that is understandable to the majority.